The latest available copies of all New Zealand telephone books are on the shelf at the Central Library on the 1st Floor. All our branch libraries also hold a copy of the current Wellington phone books.

You can access New Zealand telephone numbers online on our free internet computers at any of our libraries.

We no longer hold hard copies of these directories, but they can be accessed online:

We no longer hold hard copies of these directories.

The White Pages and Yellow Pages for Great Britain are no longer freely available online, although there are some charged sites where you can search for phone numbers.

Current New Zealand Electoral Rolls are held near the 2nd Floor Reference Desk at the Central Library. Ask a librarian to help you access these.

Below you'll find a guide to our historical telephone books & directories. These are a wonderful resource for genealogy and other historical queries. You may also like to view our Genealogy Popular Topic page.

Older New Zealand telephone books (a selection, going back up to 15 years in some regions, but not others) are held on the shelf at the Central Library, 2nd Floor.

You'll need to physically visit the National Library (in Thorndon) to browse these.

Historical directories can be used to trace the movement and occupation of a person over an extended period of time.

These can be found in physical form at the Central Library, 2nd Floor. We also have some access through Ancestry Library Edition (details below), which can be accessed from any of our branch libraries.

The majority of this collection is comprised of the Wise's New Zealand Post Office Directory. Although unauthorized, it was a commercial endeavor sanctioned by the Post Office and published by Henry Wise & Co., Dunedin. It covered all of New Zealand and was the first national postal directory of householders published nearly every year or two years from 1872 to 1955.

(If the link below doesn't resolve to the directories, look for a link to 'City Directories' under 'Quick Links' at the bottom of the Ancestry homepage, and then choose the NZ City & Area Directories.) 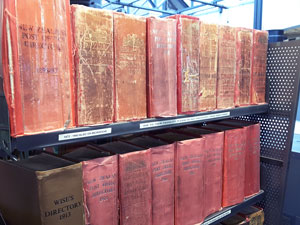 We have a very good set of Wellington directories, as well as some coverage for the rest of the country (our collection here tends to be less comprehensive). Microfiche is also available for some years (1866-1943).

Wise's were published between 1872 and 1961 and contain an alphabetical list of persons and business firms by name. Think of them as a combined Yellow Pages and Electoral Roll.

Wise's volumes covered the whole of New Zealand until 1955, and then produced separate regional volumes, concentrating on Auckland, Wellington, Christchurch and Dunedin. Listing of names of householders ceased in 1981 after a law change, and from then only streets (no residents) and businesses are listed.

Wise's directories record heads of household, usually men, in a single alphabetical list covering the whole of New Zealand. If a man is replaced in the list by a woman with the same surname at the same address, the husband has usually died.

The period 1872-1876 covers business advertisements and a street directory only; from 1878 an alphabetical surname listing is also provided. The street directory section is broken into towns and cities, then streets. The name of one resident, not necessarily the property owner, is listed at each dwelling.

There was a time lag of up to two years between the collection of information from householders and publication of the directory. The directory, which has many omissions, should be used in conjunction with the Electoral Rolls.

The back of Wise's contains supplements which include lists of ministers of religion, runholders, government servants and business persons. 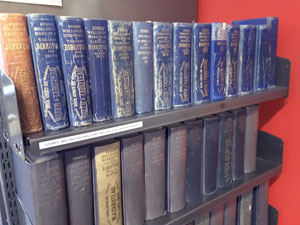 Stone's directory is similar to Wise's.

The directory provides an alphabetical list of residents, lists of tradespeople, officials and runholders, and the early editions also provided a general directory of New Zealand information. Our collection mostly focuses on Wellington, but we also do have some coverage for various other areas of the country.

We have most years going back to 1896. Ask a librarian at the 2nd Floor Desk, Central Library.

These are searchable in-library on the Ancestry database. The Maori lists are also available there for 1908 and 1910.

(If the link below doesn't resolve to the directories, along the top bar, click 'Search', and then 'Census and Voter Lists', and then choose from the NZ Electoral Roll links under 'Featured Data Collections')

We hold physical copies of New Zealand Electoral Rolls going back to 1866. For more information, visit our Genealogy Page