Resources you have access to with your library card. Also included in this list are a number of freely available websites that can be accessed without a library card login. You can filter these by toggling the buttons below.

A research database for genealogists and family history enthusiasts aiding you to trace your family history, with records from United States, United Kingdom, Ireland, Australia and New Zealand.

Only available for in-library use.

Gale's Archives of Sexuality & Gender spans the sixteenth to the twentieth century and is the largest digital collection of primary source materials relating to the history and study of sex, sexuality and gender. Highlights include New Zealand periodicals Pink Triangle and Out! New Zealand's Alternative Lifestyle Magazine

Gathers together some of the finest writing and scholarship on New Zealand's founding document online - including access to award-winning histories and commentaries, such as Claudia Orange's The Treaty of Waitangi 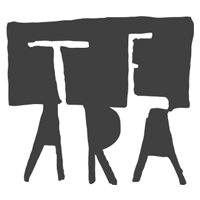 This website contains over 3,000 biographies of past New Zealanders who have 'made their mark' on this country. Entries are posthumous only - there are no entries for still living prominent New Zealanders.

Search and discover millions of NZ images, text, video and audio from the digital stores of libraries, museums, archives, communities, and government

The Economist presents the world's political, business, scientific, technological and cultural developments and the connections between them. With this archive you can access every weekly issue between 1843 and 2015 - from cover to cover.

At Find My Past, search over 50 million genealogy records for Australia, New Zealand, the United Kingdom, Ireland, Papua New Guinea and the Pacific Islands - millions of records that you won't find available elsewhere online.

Search articles and legendary photos from this historical archive, covering more than a hundred years of National Geographic magazine. Includes coverage of global events, nature, science, technology, and the environment.

Offers our members the opportunity to login each day with your library card details and claim a "group pass" which gives 24 hours' access to their websites & smartphone app. (Please note: the expiry time for your 24 hours access is given in US Eastern Time, and an initial nytimes.com registration is required.)

Information and resources from the Ministry for Culture and Heritage. Three broad categories showcase themes in New Zealand history: culture and society, politics and government and New Zealand at war.

Includes information about political milestones, protest and reform, the Treaty of Waitangi, Māori leadership, Heads of State, Parliament and the people, the work of government, and New Zealand in the world

The Niupepa: Māori Newspapers Digital Collection is an electronic collection of over 17,000 pages taken from 34 separate periodicals.

Digitised New Zealand newspapers, periodicals, letters, diaries and parliamentary papers from 1839 to 1945. Coverage includes The Evening Post from 1865 to 1945, and The Dominion from 1907 to 1920, plus many other early Wellington region publications.

Simultaneously search or browse through all our Gale historical newspaper databases from the 1600s to the 21st century.

As well as some special collections:

Access to a wide range of scholarly journals, trade publications, magazines, and newspapers on popular academic subjects. The database includes more than 6,600 titles - over 5,000 in full text - from 1971 forward.

Gale and the Smithsonian have partnered to give students and researchers a look behind the glass of the Smithsonian Museum's exhibits and collections. The digitized materials within Smithsonian Collections Online span multidisciplinary topics for both research and education, including:

In Māori, Te Ara means 'the pathway'. Through interlinking text and image trails, the Encyclopedia takes you on a journey of discovery. The site also includes New Zealand's last official encyclopedia from 1966. It is published here in full, with all the original drawings, maps and photographs

The Official History of New Zealand in the Second World War

Published by the Department of Internal Affairs in the decades after the end of the war, this fifty volume series covers all areas of New Zealand's involvement, from detailed accounts of particular battalions, to the political and economic background and consequences, to full accounts of particular episodes and campaigns

The Official History of New Zealand in the Second World War

First published in 1785, The Times of London is widely considered to be the world's 'newspaper of record'. The Times Digital Archive allows users to search over 200 years of this invaluable historical source.

Note: Due to industrial action, The Times was not printed between the 1st of December 1978 and the 12th of November 1979.

Also searchable with many other historical newspapers through Gale Primary Sources.

From the National Library of Australia, Trove provides access to over 20 million pages from over 1000 Australian newspapers from each state and territory and from the earliest published newspaper in 1803, to the mid-20th century.