At Red, our libraries are open with the COVID vaccine pass for people aged over 12 years and three months, contact tracing and face masks required to keep the community and staff safe. Please stay home if you are unwell. Learn more about visiting our branches at Red.

The great harbour of Tara : traditional Māori place-names and sites of Wellington harbour and environs : a revision

An old New Zealander, or, Te Rauparaha, the Napoleon of the south

Fatal success : a history of the New Zealand Company 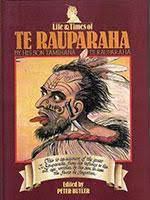 Extracts from the writings of Tamihana Te Rauparaha, originally written in Maori.

"Maori tribal history and place names of the Paekakariki-Otaki District."

The interpreter : the biography of Richard 'Dicky' Barrett

"Richard Barrett, arrived on a whaling ship from Sydney in 1829. He was one of New Zealand's key pioneers, marrying a high-born Maori woman and experienced first hand the conflict between Taranaki and Waikato Maori. He set up whaling stations and became a translator for the New Zealand company."

The streets of my city : Wellington, New Zealand

Access the full text of Streets of My City online

Past days in Lower Hutt and Petone. Vol. 1

"A pictorial review of selections from family albums, illustrating scenes, events, memories, comings and goings and occasions in the lives of the citizens of historic Lower Hutt and Petone, in the Province of Wellington, New Zealand." 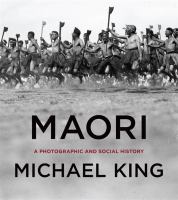 Māori : a photographic and social history

The history of the Orongoronga [i.e. Orongorongo] Valley and environs

The pioneers of Port Nicholson

"Kapiti Island is situated off the Northern Coast heading out of Wellington. This book looks beyond the popular perceptions of the island making an authoritaive study of the Island, it's history and the possiblites for it's future." (Wheelers)

Tararua : the story of a mountain range

Waikanae : past and present 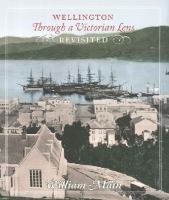 Wellington through a Victorian lens revisited

Wellington Harbour; a heritage of Tara

Ngā uruora = the groves of life : ecology & history in a New Zealand landscape

"First published in 1995, Nga Uruora took the study of New Zealand's natural environment in radical new directions. Geoff Park's research focuses on New Zealand's fertile coastal plains, country of rich opportunity for both Maori and European inhabitants, but a country whose natural character has vanished from the experience of New Zealanders today. Beginning with James Cook's Endeavour party on the Hauraki Plains, and then the New Zealand Company's arrival in the valley that became the Hutt, Park takes us through the river flatlands where the imperatives of colonial settlement transformed the original forests and swamps with ruthless efficiency. Nga Uruora's primary journey is to four auspicious places - Tauwhare on the Mokau River, Papaitonga in Horowhenua, Whanganui Inlet and Punakaiki on the South Island's West Coast - where small remnants of the plains forests' indigenous ecosystems of kahikatea and harakeke still survive. The histories of these places, what they mean to Maori, their ecological vulnerability and their significance for conservation are major concerns. Geoff Park ties these issues together through the experience of the places themselves, their magic, immediacy and beauty."

An account of the settlements of the New Zealand Company, from personal observation during a residence there

Orongomai : the birth of a marae

Rangiātea : the story of the Otaki church, its first pastor and its people

History and traditions of the Māoris of the west coast, North Island of New Zealand, prior to 1840

"The Māori history of the coast and its hinterland from traditional and European sources with emphasis on the early 19th century"--Bagnall.

Maori wars of the nineteenth century : the struggle of the northern against the southern Maori tribes prior to the colonisation of New Zealand in 1840

The shadow of the land : a study of British policy and racial conflict in New Zealand, 1832-1852

Land problems of the New Zealand settlers of the forties

Twelve months in Wellington, Port Nicholson, or, Notes for the public and the New Zealand Company

Access the full text of Twelve Months in Wellington online

This page was put together by our Kaimahi, Ratonga Māori, Ann Reweti. If you have any feedback about this page, Ann would love to hear from you.