This page aims to be an introductory guide to the topic of Māori music at the library. Got feedback about this page? We'd love to hear it! Email us.

This represents an index of waiata from sources held by Wellington City Libraries, including Sir Apirana Ngata's Ngā Mōteatea. This database is a work in progress, and in time we will also include the library's collection of CD or DVD recordings of waiata. 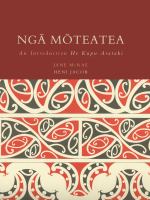 Ngā mōteatea : he kupu arataki = an introduction / Jane McRae ; translated by Hēni Jacob.
This book, published in association with the Polynesian Society, is an introduction to Ngata's classic collection. From the 1920s, Sir Apirana Ngata began collecting and annotating these traditional songs - a massive undertaking that, with the help of translators Pei Te Hurinui Jones and later Hirini Moko Mead, became the treasured four-volume Ngā Mōteatea.
With dual text in English and Māori, illustrations, and ten songs reproduced from the volumes, Ngā Mōteatea: An Introduction is a perfect entry point for students, teachers, scholars or singers interested in learning about and passing on this rich and vibrant poetry. 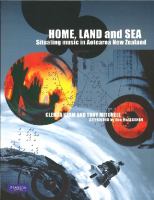 Home, land and sea : situating music in Aotearoa New Zealand / [edited by] Glenda Keam and Tony Mitchell.
Although this is a general book on NZ music, it includes a survey of traditional Maori music, and different contributors link distinctive NZ styles to our diverse population, our landscape and our identities.

Taonga pūoro = Singing treasures : the musical instruments of the Māori, by Brian Flintoff. (2008)
Includes texts of songs by Hirini Melbourne plus a CD which contains a sampler of Māori music, selected from previous recordings, many featuring Richard Nunns and Hirini Melbourne.

Ngoingoi Pēwhairangi : an extraordinary life, by Tania Ka'ai. (2008)
A biography of Ngoingoi Pēwhairangi, a loved and respected Māori leader who was born on the cusp of te ao kōhatu (the old Māori world) and the beginning of some significant changes in contemporary Māori society and who utilised knowledge from both worlds throughout her entire life. ...This book is a celebration of Ngoi's life through the testimonies of many people who knew her using their own words. The bilingual text allows people to come to know what a truly remarkable kōka (mother figure) she was to so many people in Aotearoa/New Zealand. Includes a CD of music composed by Ngoi.

Maori music, by Mervyn McLean. (1996).
McLean went all over New Zealand with a tape recorder in the 1950s and recorded nearly a thousand songs which then formed the basis of his analysis and research as associate professor of Ethnomusicology at the Archive of Maori and Pacific Music at the University of Auckland, New Zealand. (480 pages.)
See also the author's An annotated bibliography of Oceanic music... and
Tō Tātau Waka : in Search of Māori Music, 1958-1979,

Catalogue of McLean Collection recordings of traditional music of Aitutaki and Mangaia, Cook Islands, Sept.-Nov. 1967 / edited by Mervyn McLean.
"This catalogue documents recordings of traditional music made during field work on the islands of Aitutaki and Mangaia, Cook Islands, in 1967. Over 40 song types and more than 400 songs are represented, together with translations of numerous associated legends." (Syndetics summary)

Waiata : Maori songs in history , by Margaret Orbell.
In this anthology Orbell places waiata of the nineteenth century in their social and political setting, conveying the poets' responses to their people's trauma. The skill of the composers - their use of imagery, rhythm and symbolism, and the profound knowledge they convey - is revealed.

Showband! : Mahora and the Maori Volcanics, by Mahora Peters with James George.
"This engaging recollection of the glitz and glamour of life on the road in the 60s and 70s captures the heyday of the showband phenomenon. Add to the story a wonderful collection of photos and a bonus CD. (drawn from the publisher's description).

Kāti au i konei : a collection of songs from Ngāti Toa, compiled by Te Ahukaramu Charles Royal.
Contains a collection of 15 Ngāti Toa and Ngāti Raukawa songs composed in the classical waiata tawhito tradition, many written during the great migrations or influenced by them. They sit alongside photos, genealogical tables and historical information on the waiata and their composers.

Songs of a kaumatua , sung by Kino Hughes ; compiled by Margaret Orbell and Mervyn McLean.
Sixty traditional Maori songs of Tuhoe sung by kaumatua Kino Hughes are presented in this book and CD collection. The text of each song is given in both English and Maori along with a musical transcription.

Weavers of song : Polynesian music and dance, by Mervyn McLean. (1999)

A century of Maori song : a collection of words and music for 56 traditional and contemporary Maori songs of 20th century.
56 easy to play arrangements for organs, pianos, electronic keyboards, melody instruments, guitar or vocals.

He nguru, he koauau : a user's guide to Maori flutes, by Mark Dashper.

Puhake ki te rangi, By Gillian Whitehead. Performers : Richard Nunns, te taonga pūoro (i.e. traditional instruments) ; New Zealand String Quartet ; Alexa Still, flute ; Tuhonohono ; Aroha Yates-Smith, voice.
"In 1989, I heard for the first time, in a presentation given by Richard Nunns, the sounds of the taonga puoro (singing treasures), which spoke to me very strongly of the spirituality of my Maori heritage. I began working with these instruments several years later, and I have found myself drawn to explore in my own language the world of sound that might have surrounded pre-European Maori...." Gillian Whitehead (on www.atoll.co.nz)

Te Wao Nui a Tāne., music by Hirini Melbourne.
This disc accompanies the Winner of the Non-Fiction Category, NZ Post Children's Book Awards in 2000. Hirini Melbourne's name is synonymous with Maori music composition. He was significantly involved in reviving classic folk song of Aotearoa.
The library has many other discs of his music including Te hekenga-a-rangi, Te Ku Te Whe, both with Richard Nunns, and Te Kuraroa.

Ake, ake, kia kaha e! : songs of the New Zealand 28 (Maori) Battalion.
"Radio New Zealand/Nga Taonga Korero recordings of the Battalion while it was in North Africa and southern Italy. There are spoken messages, situation reports, concert medleys aimed at tribal areas from which the men were drawn, a song of remembrance by Pacific Island members, and a previously undiscovered message from Princess Te Puea Herangi at a farewell concert in New Zealand.

Puāwai., by Hinemoa Baker.
"While none of her songs become traditional waiata, Hinemoana often flows into singing in te reo Maori and incorporates the sounds of calling that are heard when women karanga.

Te ku te whe, by Hirini Melbourne & Richard Nunns.
"While none of her songs become traditional waiata, Hinemoana often flows into singing in te reo Maori and incorporates the sounds of calling that are heard when women karanga.

Ancient Maori music. by Te Aratoi
An album that moves through the ancient times of Te Ao Kohatu, the stone age of our Maori ancestors, and Te Ao Hou, the modern world. These sounds weave the haunting tones of traditional Taonga Puoro instruments with the melodies and rhythms of today... Inspired by Te Ao Wairua or the essence of the spiritual world, these tracks include ancient laments - Waiata Tangi and newly composed songs accompanied by flutes, conches, shells, trumpets and gourds.

I te timatanga, by Pounamu.
Ngapo and Pimia Wehi are teachers of traditional performing arts (kapa haka) and co-founders of the culture group Te Waka Huia.

(Where items have been transcribed for western musical notation, it should be used as a guide only.)

Songs of New Zealand : Maori music : a complete collection of Maori favourites, compiled by Sam Freedman.
Keyboard right hand and guitar chords. Most songs are in te reo and English.

Nga himene, compiled by W. Tuerlings.
Chiefly for voice and piano; includes some hymns for mixed voices. Also contains a computer disc with score notation and replay facility for the hymns included. Tuerlings as compiled this "in the hope that it will be of use to Maori people, the parishes, schools and religious communities". Most items in public domain.

He Koha : a gift of Māori music, compiled by Blossom Taewa and Stuart Pearce.
"Each song is accompanied by a musical score that is written in a way to suit a guitar or a keyboard and the verses are provided in Maori and English" (Back cover.)

Music is choice.
"DVD rated PG: Parental guidance recommended for younger viewers - includes a documentary (71 min.), plus videos and extras. (Shelved with the CDs under Wellington)

This page is written and maintained by Jo. My aim is to keep you informed about introduce some resources on Māori music and to highlight parts of the Libraries' collection which may interest you. I'd be pleased to hear from you about this page - you can email me with any feedback.